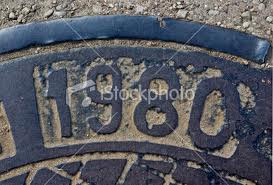 One thing that stands out to me more than anything else is the year 1980. OK, so most of you are too young to appreciate this stellar year in heavy metal. But let me set my stall out here. In 1980 I was 13, and not long introduced into Rock and Metal. I had inadvertently been introduced to Rock N Roll at an early age from my dad, (apart from Liverpool FC, Music is the one thing I can’t do without) Elvis, Bill Hailey, Eddie Cochran, Tommy Steele, Dave Clark Five; just for starters, who were the very same to the public of the 50s and 60s as the likes of rock and metal is seen (not only in 1980) but ever since and to the present day.

Looking back, as a young kid, I’d liked Clapton, City Boy, and bands like Deep Purple that had appeared on my dads compilation albums in the early to mid 70s, and in 78-79 you had only one of two ways to go as an impressionable 11 or 12 year old as I was – to be a Mod or a Rocker. I didn’t really care much for my so called friends from where I lived, so I went the opposite way to most of them and chose Metal. Thank fucking GOD!

So, can you imaging what a year 1980 was to behold as a very musically absorbent 13 year old? Fucking HUGE. It was just one classic album after another all the way thru the year, albums that many of the bands would ever struggle to replicate 30 years later. I’ll publish the full list of 1980 albums at the end, but just look at a few for starters….

You see, it’s not a bad shortlist. And to this day, most if not all of the bands still play something from the above in their live shows. For me personally, three albums in particular stand out from the above list. 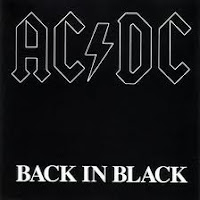 ACDC – Back In Black

AC/DC had just lost their talismanic singer, Bon Scott to a drink related death, and lets face, most people thought they were well and truly bolloxed. After an audition recommended to AC/DC by their management that they try out Brian Johnson (formally of 70s glam rockers Geordie) and the rest is history with AC/DC making probably the next album of their career and one of the best rock albums of all time 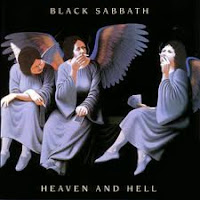 Sabbath approached Ronnie James Dio after their relationship with Ozzy went a tad South, again drink in particular playing its part. The gang could take no more and Ozzy was rejected. In came Dio and for once the writing didn’t fall in the hands of one Geezer Butler. In Dio they have a guy who could write and more importantly, sing some of the epic numbers the way that they were meant to be sung. More importantly, Dio gave them a new opportunity, a chance to take Sabbath in a slightly different direction. They hit the charts with ‘Neon Knights’, and the likes of ‘Heaven & Hell’, and ‘Children Of The Sea’ became instant classics 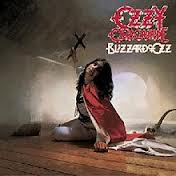 Most people thought that Ozzy had well and truly pissed on his chips. He retreated to drink, drugs and occasional cross-dressing (oh and pissing on the Alamo). Don Arden’s daughter Sharon Arden (yes, that Sharon!) was given the opportunity to look after this new band, and boy did he stick his two fingers up to Sabbath. He gave Randy Rhoads (ex Quiet Riot) a chance and he was the absolute starlet on the guitar, totally talented and extremely gifted with hic neo-classical style. Rhoads and Ozzy proved the perfect foil for each other and were complete opposites. Also, by bringing in old hands such as Bob Daisley and Lee Kerslake, added to the fire, with songs like ‘I Don’t Know’, ‘Crazy Train’ and ‘Mr Crowley’ kicking off a new style and flair that only (probably) a certain Mr.Van Halen could match at the time

The NWOBHM (New Wave Of British Heavy Metal) was founded late 70s, and Sounds editor Alan Lewis coined the term, journalist Geoff Barton first used it in the May 1979 issue of Sounds magazine as a way of describing a second wave of heavy metal bands that emerged in the late 1970s during the period of punk rock's decline and the dominance of New Wave music. But it was 1980 where a lot of these bands coined in NWOBHM came to the fore…

Rather than highlighting just a few, here’s some more of the best from 1980… 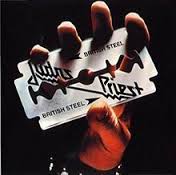 One of the pioneers of British Heavy Metal and fronted by the Godfather Rob Halford. The cover adorned many a denim jacket in the early 80s and what with killer tracks like ‘Grinder’, ‘United’, ‘Metal Gods’, ‘Breaking The Law’, and ‘Living After Midnight’, messers Downing, Tipton and Halford were on fire, and British Steel is still fresh as it was in 1980. 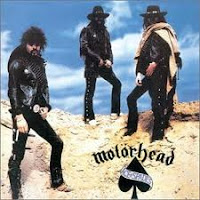 Title track ‘Ace Of Spades’ is considered to be THE definitive Motorhead anthems, and one of the most famous metal anthems ever. Weighing in at a mere 2:49 the song kicks you in the nads immediately with Lemmy‘s ferocious bass riff intro. Watching this on TOTP proved that Heavy Metal could make an appearance in the UK charts, and many followed suit. Not content with Ace of Spades, they collaborated with Girlschool for the St Valentines Day Massacre which hit the charts in December 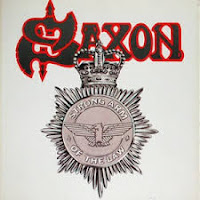 Saxon – Strong Arm Of The Law

Out of the two albums this year, SAOTL remains a firm favourite for me. Saxon were about to take on the world and who could stop them with songs like the title track and ‘Dallas 1PM’. They played the first ever Monsters Of Rock at Castle Donington in 1980 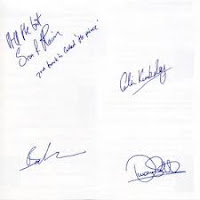 Diamond head – Lightning To The Nation

Could have been huge, probably should have been huge. A much sought after album, and became copied and covered by many (Metallica & Megadeth) but the success of the latter should also have followed for the former. ‘Am I Evil ‘(which has one of the most killer riffs ever), ‘Lighting…’ and ‘Its Electric’, stand out for this unlucky bunch 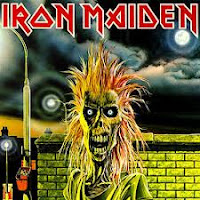 Maidens only album with Dennis Stratton, and reached the heady heights of No.4 in the UK album charts. The single Running Free hit No.34 and when performed on TOTP in the UK, Maiden were the first band in 8 yrs since The Who to perform live. ‘Phantom Of The Opera’ (Later used for a Lucozade ad in the UK), ‘Sanctuary’, ‘Running Free’ and ‘Iron Maiden’ make up the stand out tracks of this great debut. Oh, and it also introduced the world to Eddie! 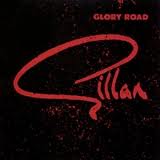 This was Gillan at his finest (well away from Purple anyway!). Notable for the bonus album ‘For Gillan Fans Only’ it shows the band at their greatest and probably maddest – Arthur Guitar and the Amazing Hamster Ensemble, Cosmo Toons and the Split Knee Loons, it remains a classic. Oh and it included ‘Unchain Your Brain’, ‘Running, White Face, City Boy’, and ‘No Easy Way’. ‘Higher & Higher’ was a strange omission 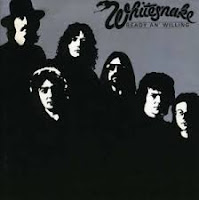 Forget the 1987 Elnett version, THIS was Cov and Whitesnake at their  Bluesiest and shit hot rock best. The classic lineup of Coverdale, Moody, Marsden, Murray, Paice & Lord never ever sounded better. ‘Blindman’ was sublime, ‘Aint Gonna Cry No More’ showed Coverdale at his grandest, S’weet Talker’ was a live fave at the time, and the cock-quaking ‘Ready & Willing’. ‘Fool For Your Loving’ is the definite version, and not the Mr Sheened 1987 poodle permed one! 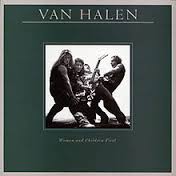 A lost classic! Hidden amongst the first four VH albums is this little belter (and it came with a crackin’ poster!). For me it was downhill after this, until 1984, what with sonic mastery on ‘The Cradle Will Rock’ was VH to a tee. Everybody Wants Some is one of the finest they ever produces, and the hilarity came courtesy of Could This Be Magic.  There’s hardly a duff moment on this which cant be said of other VH albums (except the debut – faultless!), and its in my top 3 VH albums, and it probably shades 1984 to hit 2nd place

So there you have it, 1980, the best year ever? Definitely! Maybe I’m a little blinkered as all this took place in a time when music was in the ascendency, particularly Metal and NWOBHM. It’s a testament to the bands mentioned that all are still alive and well and very much active some 33 years later and more importantly, they are not just making up the numbers. You can’t or hopefully won’t be able to say that of any of Cowell’s puppets come 2036!
Posted by aorwxm at 20:12