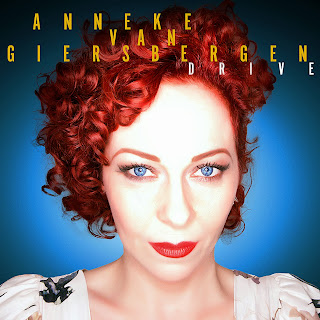 Now somebody tell me please, how can you not be taken in by that face? Just look at her will ya, looking all gorgeous and stuff. Ok that’s my stalking moment over and done with. I first came across AVG fronting The Gathering a few years back and was particularly entranced by the ‘Mandylion’ track ‘Leaves’. I’ve followed her work closely ever since - from guesting as one of Arjen Lucassen’s muses on his Ayreon project, and more recently on her solo work and duet with Danny Cavanagh and as Agua De Annique

The woman has the voice of an angel. I’m not religious at all, but if I were then this is what the Angels would sound/sing like!! 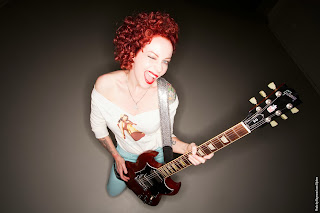 On this follow-up to 2012’s 'Everything is Changing', Anneke collaborated with Dutch songwriter and producer Arno Krabman, enlisting the help of her live band to lay down the new tracks. In a time when bands are creating entire albums by transferring files online, Anneke explains that she was keen to do things the old-fashioned way: “I really wanted to record an album together with a group of musicians in a studio. Having toured extensively with the same tight-knit group of musicians, the result is an organic sound that perfectly captures our chemistry as a band.”

Having proven her credentials and immense vocal talent for 13 years as front woman of The Gathering, in 2007 Anneke felt it was time to begin her own solo career. Along with her new band Agua de Annique the charismatic singer quickly established herself as a solo artist, releasing several albums to critical and popular acclaim. 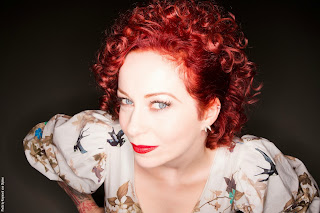 Anneke also found time to collaborate with some of her long-time friends and musical peers, lending her honey-sweet, yet powerful voice to the likes of Anathema (Falling Deeper), the eccentric Devin Townsend (Addicted!, Epicloud) and fellow Dutchmen Within Temptation (Black Symphony). 2012’s Everything is Changing was something of a milestone in Anneke’s solo career. The album, which was the first to be released under her own name without the Agua de Annique moniker, got her nominated for two Edison awards – Holland’s most prestigious music prize – in the categories ‘Best Female Artist’ and ‘Best Album’. Not only was it a success in her home country, Everything is Changing took Anneke all over the world as she toured over 25 different countries including the UK, Germany, France and throughout Latin America. 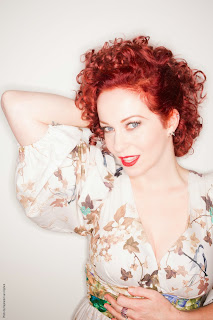 So what does 'Drive' behold? Well its certainly a mix of tracks to be honest. If its prog, or heavy rock you’re after than you’re looking in the wrong place. I suppose I could class it as radio friendly Euro pop rock, and there definitely are a couple of radio anthems in the waiting. Last years 'Everything is Changing' was a wonderful release, full of emotion and frailty, whereas 'Drive' has a more fun approach.  The first anthem is the opener ‘We Live On’ and really gives AVG chance to show off that vocal range. ‘Treat Me Like A Lady;’ has more of a meatier riff and is delivered with a bit of ‘oomph!’. ‘She’ starts off a little subtle, before again kicking in with a forceful chorus (a pattern is emerging). Onto the title track 'Drive' – Now, if there’s a more catchier song than this anywhere in Europe this year I sware I’ll refund the money for this album myself (just kidding!), but it is a killer of a track that deserves to be heard my millions, and that chorus is just instantly memorable.

‘My Mother Said’ is a beautiful number, just a piano and her, proving that AVG needs nothing more than her voice as a superb instrument. 'You Will Never Change' falls into the uplifting bracket of songs on 'Drive', before she takes a tangent for the Arabic influenced 'Mental Jungle' and is one of the interesting songs from her to date.

This has been made with essentially what is AVGs touring band and the writing together in an studio and as a band has paid dividends. Whilst is isn’t all excellent, its an album that I will always go back to for a very pleasurable listen…mainly down to THAT voice!