Interview With Steve Newman of NEWMAN! 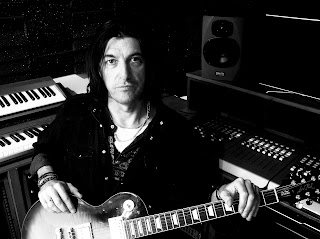 Steve Newman's not a man to do things the easy way. He backed away from his record label and formed his own, 'Chrome Dome' to support his Newman project. He's not your usual AOR/Melodic Rock by numbers kind a guy, and because of this draws a fervant and loyal kind of fan for his more thoughtful style of songwriting. Steve is currently promoting his excellent 'Siren' Album which I am certain will be at the sharp end of many a poll come the end of 2013!

CRR: Hi Steve; many thanks for talking to me today, I know you’re a very busy man…... This will be one of the strangest intros to an interview, but I have to confess, I’ve only been a fan for the past 3yrs or so, firstly hearing the excellent Big Life; I apologise for getting in on the Newman experience so late in the game. I was also taken aback by your performance at the dreaded Z-Rock last year….. So at least you're still recruiting new fans :-)…….


Steve Newman: “Where have you been? We’ve been waiting for you …. Hahaha.


Seriously Paul, great to talk with you, and I’m glad you have now discovered Newman!!”


....which leads me onto Siren, your tenth album; I have to say that I adore it!


“Thank you very much Paul, it’s really appreciated! We’re getting a great response for the new album, and the comments have been truly wonderful.”


It’s a very strong album from start to finish; which songs in particular strike a chord with you and why?


“Oh wow, good question. I think they all have strength for different reasons. When I write songs I have to believe in what I’m writing about so I have no particular favourites. I hope the album delivers in all areas and everyone can find something on there that they can rock out to!!”


You've co-written a couple of songs this time around with Pete Newdeck and Nick Workman, does it help by mixing it up a bit?


“Yes. I’ve admired these guys for years and it was great to work with Pete for the first time, we had a real blast; and of course Pete is now part of the live band, which is very cool. Nick and I have worked with each other before and we always try and jump at the chance to write together when we both have time. I think those songs have definitely brought some different colours to the new album.”


...and I'd have thought it’s taking some of the extensive burden away? Or is it rather satisfying having total control, what with your own label Chrome Dome and the whole Newman writing, playing, production, tea making experience?


“I consider those songs, and working with those guys, a total privilege. It was just great to get inspiration from another direction in regards to the melody and lyrics, as those songs started out life as just musical ideas.” 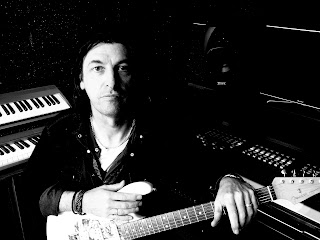 The album cover is a thing of beauty; please tell me how the design came about, as it took me back to the good old days of the 80s where I’d buy an album purely on the strength of its cover!
“Thank you. I initially had the title of the album and an idea of the concept for the artwork. I worked closely with the Lassedesignen design company and came up with the art (for the cover), based on one of their stock images. I really liked the use of colours and thought it complimented the album wonderfully. I have never been a fan of the typical rock cover (as you can probably tell from my previous albums). I really admire artists such as Rodney Matthews, the late Storm Thorgerson, and my particular favourite, Hugh Syme. In this day of digital downloads I think something has been lost in regards to the artwork concept behind the music. Let’s bring back gatefold sleeves!!”


Sorry for this rather blunt analogy now, but the songs aren’t your typical, boy meets girl, boy shags girl, etc., like other melodic rock formulae? I get the feeling that there’s more depth, thought and heartfelt reality than your run of the mill lyricist. What drives this process?


“No, you’re right, and thank you for noticing and appreciating this. I’ve always tried to add as much colour to my songs, both in the musical and lyrical content. The typical love songs have been done so many times before, so it’s nice to approach even these from a slightly different angle and also take on other subjects within my writing. I do find this a challenge and this is what always keeps it fresh and exciting for me as an artist.”


So, new album, and a new line up; you must be looking forward to the next few months of festival appearances?


“Oh yes, it’s a really exciting time. We have the new album out, which is getting some great reviews and taking this new live band out on the road is going to be a lot of fun. We all really get on with each other, not only musically, but personally too, so there are no egos within the band and everyone is there to have fun both on and off stage.”


It’s a crying shame that we don’t see too much of you over here, playing throughout the UK (especially the Wrexham area, where I am!). Would you like to tour as part of a 'package' which seems the way to get in front of large numbers?


“It is a great shame, but we’re working on changing that over the next year….. Our focus is on the Festivals as these generate a good percentage of the UK AOR fans, but hopefully we can secure ourselves on a tour or two in 2014….? Oh, and I’ve never been to Wrexham!!”


Say you had an infinite amount of money; who would you choose to be in the band, your Fantasy band?


“That’s a good question. It may sound corny, but I’d keep the band I have now. We’re all good friends and I know these guys so well. However, there are a few people I’d love to play and record with…..; Steve Lukather, and most of the other members of TOTO, Mickey Thomas, Glen Sobel, Ellis Hall (but I’d probably just end up sitting down and watching that). Richard Marx, Richard Page; there’s so many!!!.... Can it be an orchestra?”


Ten Newman albums in, what still drives you? It can’t be the money!!


“I love to create! For me, being an artist is a selfish disposition, and it needs to be that way for me to produce the music, believe in it, and be emotionally attached as a singer and player. But that is only part of what keeps me going; the feedback I get from fans through email and the shows we do is simply awesome and very moving. To produce something you truly believe in and then have someone get what you do is very cool indeed!!”


“I also get a tremendous amount of satisfaction on the technical side as well, with the production, writing and recording. Albums are always a great learning curve for me. Oh, and then comes the fame and fortune…., doesn’t it?”


Any intentions of say, another Big Life album with Mark Thompson Smith?


“Mark and I have talked about the next album and we hope to get it together. It will take some time as we’re both very busy but hopefully we can begin to work on something new in 2014.”


Was it a conscious decision for you to move away from guitar to vocals or was it just a natural progression?


“I take it you’re referring to the first Newman album? At that time it was necessity really. I had approached Mark Thompson-Smith to sing but unfortunately he was committed to a couple of other projects…. I had a bunch of songs that I wanted to get out in demo form - I had only ever sung backing vocals before - so it was an uphill challenge, but I came away after a couple of months with what I thought was acceptable, and fortunately the promoter of the first album thought the same, so the album got recorded, and the rest, as they say, is history.” 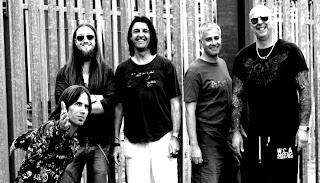 
Footy team....? – “I don’t follow football now, but growing up it was always Liverpool. I tend to watch the England games…., (if you can call them that!!)”


Siren (see what I did there?).... “Ha…My wife and Penelope Cruz; does that sound right? Oh, I’ll leave that one there I think!”


Newman achievement...? – “Every album I make and every time the band plays live, I never take any of it for granted!”


Ambition/s...? – “Ultimately to be happy and make the people around me happy.  See as much of the world as I can; I have a long list!!”


Thanks for this… I thoroughly hope “Siren” brings you the success you deserve. I know for a fact it will be at the sharp end of my 2013 faves come December….


“Thank you Paul, it’s been a pleasure. I’d like to take this opportunity of thanking your good self and your readers for all the support and I hope everyone enjoys the new album. See you on the road soon…; maybe even in Wrexham!! All the best ……………”

So there you go, top album, and more importantly a top bloke, one of the nicest people Ive ever had the privilege to interview