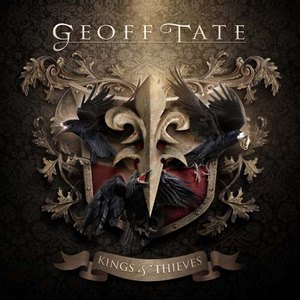 A lot has happened in Geoff Tate Land these past few months. Severe ructions with his Queensrÿche band mates saw him evicted/sacked from his lead position in one of the greatest modern metal prog bands I have ever witnessed in my 30 years of attending rock gigs. Tate was fired from his own band, and accusations were levelled at Tate’s door, mainly in trying to punch Rockenfield’s lights out.  Then there’s the whole Rocklahoma thing (google it!). Tate has also had the balls to admit his failings when some (many) would not, and for this alone deserves huge credit to the fellow! The last thing that anyone wants is two bands plying their trade as a pair of Queens(rÿche’s). This sacking all seems strange as it’s killing the goose that laid the golden egg as Tate is responsible for over 80% of The Rÿche’s output over the last 30 years!

Now over the years I’ve been a huge Queensrÿche  fan after seeing them support Dio in the UK when they were promoting ‘The Warning’. I must admit that the last 10-15 years have been a bit difficult for me, and I often wonder how on Earth Queensrÿche  have lasted this long, based on the commercial output over this 10-15 year period.

Currently we have two? Yes, two Queensrÿche’s about to do the rounds, the other (non Tate version) now operating under another name. Basically after getting thrown off the horse, he’s back on it straight away going what he does best, and that’s getting his music heard.

Now most of you all know that Geoff Tate is best known for his work with the progressive metal band Queensrÿche. Geoff is regarded as one of the most skilled vocalists in the genre with hundreds of modern, popular artists citing him and his band as a major influence.

Combining social consciousness and expertly crafted lyrics with high-energy, melodically complex music, Geoff and his band have become internationally recognized as the thinking man's rock band. The band's first three albums -- their self-titled EP (1983), The Warning (1984) and Rage for Order (1986) -- all hit gold status selling over 500,000 units each. With the release of their landmark concept album Operation: Mindcrime (1988) -- which won critical and popular acclaim and comparisons to the Who's Tommy and Pink Floyd's The Wall -- Queensrÿche went on to bring their progressive music to sold-out audiences the world over. I have to add here that ‘Mindcrime’ is one of the ‘Every Home Should Have One’ albums. If you haven’t heard this then shame on you matey! 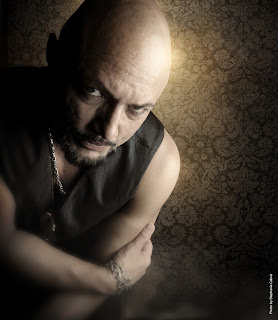 Following the album's platinum success, Queensrÿche released Empire, which quickly entered the Top 10 on the Billboard charts, eventually generating sales of more than 3.0 million copies. The album featured the hugely popular hit, "Silent Lucidity," which would be the band's first Top 10 single (#9 on the Billboard Hot 100 chart and #1 on the Billboard Mainstream Rock Tracks chart).

The band celebrated their 30th Anniversary in rock by releasing Dedicated to Chaos and, once again, toured extensively. Since their inception, the band has sold over 25 million albums worldwide and has performed in over 46 countries.

Enough of the history lesson, what about Geoff 2nd solo album? Remember his first, way back in 2002? Me hardly, either! But one thing is for certain, ‘Kings & Thieves’ isn’t up there with the best that Queensrÿche  has to offer, but it’s probably better than most of the Queensrÿche albums churned out after Promised Land. . That doesn’t mean it’s a great album, but it’s not shite either . So don’t judge this purely on the best Rÿche output as that’s grossly unfair to the individual. Geoff’s vocals come out rather well, although there are a couple of songs I don’t really care to hear ever again – ‘The Way I Roll’ is one in particular. ‘TWIR’ is a bit of a whoozy, jazzy number that’s too mid 90s Queensrÿche  for my liking, but Tate blows his own sax on the track! (make your own jokes up, I’m being serious for once). ‘Say U Luv It’, with spoken word lyrics is a strange one which gets under my skin, but not in a good way.

Start with the negatives and move onto the positives I say. Bringing Kelly Gray on board was an inspired move, his playing is varied and interesting, and proves a good foil for Tate. The first couple of songs ‘She Slipped Away’, and ‘Take a Bullet’ are both decent songs, both two of the melodic, and heaviest on offer and Tate seems to be enjoying his new life with some of his strongest vocals being present in many a recent year. The split has done him a world of good. ‘She Slipped Away’ sets out Tate's musical habdashery for the 21st century, with Kelly Grays guitars shining brightly, giving an Empire/90s Queensrÿche era feel to proceedings. 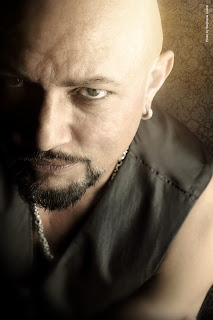 ‘Tomorrow’, the longest track on the album, is a stripped back affair, with a rather nice mid-section with Gray playing an Eastern influenced sound , then up the tempo with ‘Evil’, in which Geoff sings, “Why don’t you say it to my face, you don’t move me, you don’t fool me, it doesn’t matter because what you give is what you get…”  a slant at his former band mates? Highly likely! ‘Evil’ is definitely one of the highlights  due to the darker tone and subject matter. ‘Dark Money’ goes back to the lighter, poppier tones of the opening track. Apart from ‘The Way I Roll’, the biggest departure away from what you’d (possibly) expect, is the synth/piano led ‘Change’ and it makes for a refreshing,  well , er….change! After a couple of listens, it turns out to be the finest track on the album by a long chalk.

Despite the foibles, Tate has his own direction away from the prog tinged power metal of Queensrÿche, preferring a more condensed, modern sounding melodic rock (but not in its purest AOR form).

I doubt it will bring in too many Queensrÿche fans who probably gave up after ‘Empire’, but I’m certainly glad that I got the opportunity to hear it. Tate has shown the musical direction he wishes to take for his solo work and it’s diverse and interesting. It was an inspired move in bringing Kelly Gray to contribute to mixing/production and guitar as his bluesy style is a great fit for Tate’s, warm and trademark vocals. Not all of it appeals to me, but one things for certain, its 100% Geoff Tate!