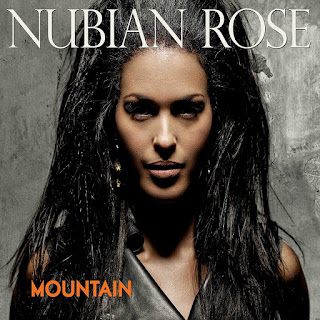 Now! I have a bit of a hankering for female fronted rock bands, Ann Wilson, Leigh Matty, Pat Benatar, Sandi Saraya, Loraine Lewis, Robin Beck, and so on. None of these will ever replace my dear departed Dio, but I do like the way a female rock singer stamps her authority on a song

I was pleasantly overjoyed when the Nubian Rose hit my inbox (I prefer cds, by the way). NR are fronted by Swedish Idol judge (good job Sweden, whereas the UK version, X Factor, is staffed by a bunch of Fucktard judges who couldnt find their arses with both hands tied behind their backs). 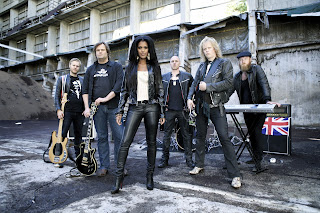 The debut album, Mountain, was released in Sweden in the end of June. The reputation of the album reached way outside of the Swedish borders just within weeks. Nubian Rose has already been played on radio in Italy, Spain, France, Greece and USA. Fans from all over the world has signed up to their Facebook page and the album has even been number one on rock charts at international mail order companies. All this has happened without any international releases or any kind of pr, just through the power of the Internet, rock fans and great music. 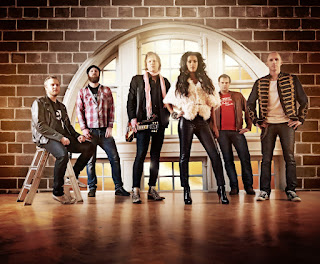 The music of Nubian Rose is influenced by the makers of great hard rock riff in the 80’s; Whitesnake, Dio, Scorpions, Michael Schenker to name a few. ”Mountain” has a powerful, up to date sound and is mixed by swedish star producer Tobias Lindell (Europe, H.e.a.t. Hardcore Superstar).

Nubian Rose proudly wears its Melodic Rock badge firmly on their sleeve, its pure unashamed, unadulterated AOR. And rightly so, what with AOR enjoying a renaissance these past couple of years, and long may it continue. Its great to new bands coming along to take Melodic Rock into the future as well as the existing 80s bands plying their trades....still! 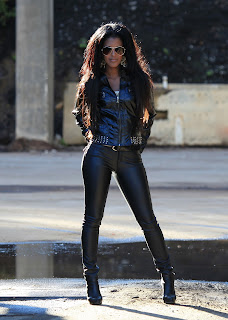 Opening track ' Ever See Your Face' is so 80's I had to dig out my leg warmers just to continue listening to it! Sofia Lilja certainly has the chops for this style, and has certainly been beaten with the 'pretty stick'! 'Mountain" continues pretty much in the same punchy vein, all guitars blazing. Everything here is short and sweet with production letting the music (and vox) really do the talking. Songs like How Am I and Your Love  have that FM Radio appeal. Living For Tomorrow sees Europe's (the band) guitarist Kee Marcello adding his weight, and Mats Leven (Malmsteen / At Vance) joins Litja on a cover of Qzzy & Lita Ford's Close My Eyes Forever. Someone has good 'guest' contacts. Guitarist Christer Åkelund does a Ronseal (what it says on the tin), production is sharp and polished and his guitar playing is no different.  Songs like Reckless, and Once Bitten in particular leave me wanting a little more.

Whilst its nothing spectacular, it still has enough to appease the melodic rock population. Its metal by numbers, and has all been done before. I’m not being critical, just stating a point. Nubian Rose whilst unadventurous is still a decent album